Roger Waters, David Gilmour, Nick Mason and Richard Wright weren’t onstage Thursday night at the Largo Cultural Center– but don’t tell that to the 300 plus, mostly 50-something fans who packed in the venue to hear their music. The Machine, the New York City-based Pink Floyd tribute band, who for 28 years has been traveling around the world playing the music of Pink Floyd, delivered a big sound through a spectacular laser light show that had fans singing along and cheering all night.

The Machine landed in Largo, Florida for their fourth stop of a 16-city-tour.  The band plays a different set list of beloved Pink Floyd classics every night.   Past tours included sharing the stage with the Atlanta, Detroit, Pittsburgh and San Diego Symphonies. In addition, The Machine has played Bonaroo Festival, Riverbed, Gathering of the Vibes Buffalo’s ArtPark, and Germany’s Rock of Ages festivals.

With the mesmerizing opening keyboard, Scott Chasolen absolutely nailed Richard Wright’s sound on “Shine on You Crazy Diamond”–and continued delivering all night long. Founding member Joe Pascarell’s vocal’s were powerful while playing the iconic Gilmour riffs. From the distorted sounds of “Opening” to the one of the greatest solos ever recorded in “Comfortably Numb,  Pascarell was very impressive nailing all of the sounds we expect from a Pink Floyd show.

One of the highlights ( among many ) was Ryan Ball’s bass on “One of These Days”.  Driving and steady, Ball provided the bass that would have made Roger Waters smile. Tahrah Cohen, another founding member, provided the percussion and was spectacular in the one of the all time great tracks , “Time” from Dark Side of the Moon. The opening of that song is a personal favorite and Cohen was joined by a dozen or so fans playing air drums along with her.

Shine On You Crazy Diamond

The Happiest Days Of Our Lives

Another Brick In the Wall part 2

What Shall We Do Now?

Wish You Were Here

The Machines 2 1/2 hour,  21-song show provided hits, classic rock staples to some relatively obscure tracks from the albums Dark Side of the Moon, The Wall, Wish You Were Here, Meddle, Animals, Atom Heart Mother, Obscured by Clouds, Division Bell and The Piper at the Gates of Dawn, gave their Pink Floyd fans plenty to enjoy. The Machine lived up to the quality of sound and visual greatness that is Pink Floyd.

Roger Waters, David Gilmour, Dave Mason and Richard Wright may not have been in Largo Thursday night but I had to open my eyes multiple times to make sure.

The images may not be reproduced, copied, transmitted or manipulated without written permission to Rock At Night and the photographer. Use of any image is a violation of the United States and international Copyright law 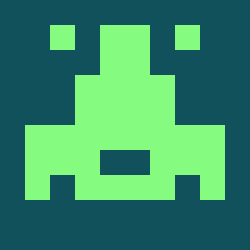 1 Comment on The Machine recreates the glory of Pink Floyd in Largo, Florida