The greatly awaited Sixth Annual Celtic Family Jamboree arrived on the weekend of February 9th-10th to Sertoma Youth Ranch, Brooksville Florida with remembrance of the late, Greg McGrath, CFO of Celtic Heritage Productions and founder of the festival. I heard many, speaking words of affection and paying homage to Greg. His spirit is an intrinsic part of this truly unique celebration.

The McGrath Clan flag was proudly flying all weekend. The Celtic Family Jamboree, was an official stop on the flags World Tour. Folks were encouraged to have their photo taken in front of the flag and post them to a special McGrath Clan Flag at FamJam facebook page.

I arrived on Saturday afternoon and navigated my way on foot, through the campground around the trees, taking in all the natural beauty surrounding me, to the main pavilion. Many were there with tents, campers, and trailers, some adorned with brightly colored flags indicative of Scottish, Irish, English, and Welsh heritage, among others.

Music and laughter of children playing filled the air. Aroma of the previous nights campfires lingered in a most pleasant way. I set up my chair and settled in to hear Marcille Wallis and Friends begin their set. Marcille is the event organizer, and emcee. It’s through her love, hard work and devotion that “FamJam” continues This was the start to an afternoon and night filled with musical entertainment. The bands rotate day and night, so there is continual music on two stages. Most play two sets before the day is over.

In between photo shoots and video recordings, I wandered the festival, visiting vendors who offered a variety of authentic, Celtic wares including kilts, clothing, jewelry, books, music and more. Cameron’s British foods provided an assortment of Celtic food including meat pies, fish and chips, bangers and mash.

Other festivities included workshops on playing traditional instruments such as the dulcimer, pennywhistle, and bodhran. Highland athletic demos and sheepdog herding occurred throughout the day.

Albannach  was among the other bands playing, as they have for all previous years. I had the pleasure of doing an audio interview with bass drummer, Jamesie Johnston, aka “the baron of bass.”

Jamesie was born in Glasgow. His former work in the film industry led him into the music scene and playing the bass drum. Jamesie masterfully plays the drum with resonance, depth and control. The low end thump of the drum often takes people off guard when it hits them in the chest. Jamesie’s musical influences come primarily from rock and roll.

Albannach describes their music as “Bare knuckle pipes and drums”. In Jamesie’s words, “this isn’t your granddad’s bagpipes and drums, it’s not regimental but more aggressive”. Albannach’s music is very high energy and tribal. It is intense and dynamic. It excites and leaves one with a joyful feeling.

Other band members include;

Donnie MacNeil on bagpipes. Donnie is a very accomplished musician and plays the drums, guitar and piano as well. Having played more traditional pipe music, all over Scotland, Donnie changed up his style into something more individual. Donnie transitions from note to note in a smooth and connected manner. The notes are tied together with no intervening silence.

Jacquie Holland is the bass rhythm drummer. Her vocals are extraordinarily soul-touching. She keeps the groove going, playing great rhythm with each song. Jacquie met most of her band mates in a Scottish re-enactment group. Her past work in the film industry, stage management and performance progressed to playing music.

Colin Walker is Albannach’s lead drummer, playing a drum kit which includes a snare drum. Colin began playing at 8 years of age. Colin is very skilled at playing many other instruments including: Bodhran, bass guitar, electric and acoustic guitars. Colin delivers tight and snappy tempo, setting the pace for the band.

DigeriDrew Reid is an American born Scotsman who plays the didgeridoo. After purchasing his first didgeridoo, Drew ended up at an event where bagpipes were being played. That began his journey and world tour with another band. Though not a traditional Celtic instrument, the tribal sound of the didgeridoo is a great addition to the sounds of Albannach, thus merging and bringing us the unique style that makes this band and their music.

The event hosted a line up of other fantastic bands including, The Screaming Orphans,

Rathkeltair, Bing Futch, West of Galway, Brendan Nolan and others.

The musical styles included everything from acoustic and electric guitars, hammered dulcimers, to flutes and fiddles. The styles varied from classic Celtic tunes to wired rock. Many of the singers brought this writer to the land of her heritage with melancholy folk tunes telling stories of lost love, war, and pride in having overcome many obstacles plus, upbeat whimsical midi’s.

As day turned to night, the campground transformed to a magical wonderland with the richest blue sky back lighting the woodland. Vendors illuminated their tents with tiny sparkling lights. A gentle temperature drop cooled the heat of the day, allowing campers to light cozy fires and relax while reminiscing about their lovely day. After the music ended, we proceeded to the athletic field for the traditional, “Flaming Caber Toss”. It was a celebration of community, creation, life and Celtic heritage.

Mark you calendars for next years event, it promises a great time, no matter your heritage. 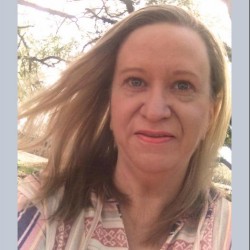