Steve Kilbey of The Church will release his new solo album, Sydney Rococo,
on Friday, November 23 worldwide via Golden Robot Records. Sydney Rococo is a collection of songs Kilbey has written over the last 5 years. The songs paint a picture about life in the fast growing and evolving Australian city, famed for her beaches and landmarks. Each song is a love song, but also a tale of woe and heartache. 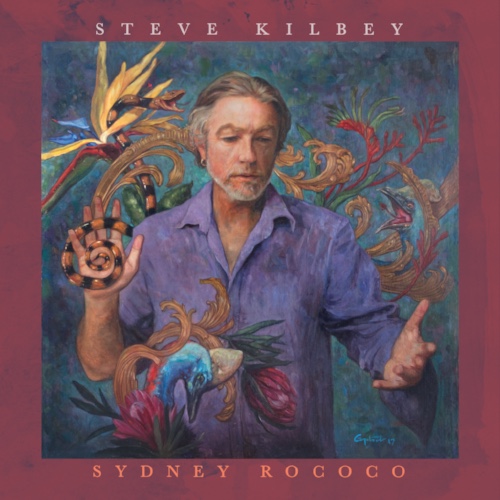 “Sydney Rococo is my Sydney filtered thru lush orchestras and sighing voices. The summers the dreams the vegetation always pushing skywards. The inexorable rush of love and the deep chasm of loneliness. Songs about things that happened and things that never could have happened. Songs for a banker or for a tramp. Songs about the seediness and the sea. Songs of Sydney morning and Sydney night.”

Steve Kilbey is Australian contemporary music royalty. A prolific artist who has written, performed and produced 21 solo albums, as well as 30 with rock legends The Church. His artistic oeuvre spans more than 45 years, and reaches outside the world of music, flowing in a cellular formation through his poetic lyrics into his psychedelic art paintings. Steve has published 3 books (with a new one in the works), composed and written 750 songs, a vast number of lyrics, poetry and has produced hundreds of original paintings.

The Church’s iconic Under The Milky Way won “Single Of The Year” at the 1989 Australian Recording Industry Association (ARIA) awards. For his work with The Church, Kilbey then accepted, together with his bandmates, an induction into the ARIA Hall Of Fame.

Sydney Rococo will be released on November 23rd, the same day that Steve begins the Australian leg of The Church’s Starfish 30th Anniversary worldwide tour. The album will available for sale at the shows and is available for pre-order here.


I'm a photojournalist who is passionate about music. I love the adrenaline of shooting live concerts. Photography has given me the opportunity to photograph some of today's most legendary bands, and entertainers. When I'm not photographing music you can find me on the runway shooting New York, London, and Philadelphia Fashion Week. I am also a contributing photographer at Getty Images.

Follow Me:
Latest posts by Andrea Ramirez Maciolek (see all)