Last night in Orlando Florida, Disturbed graced the Amway center with their Evolution tour. From a personal perspective the performance was high energy before the band even took the stage. The LED monitors which stretched across the stage featured nearly two decades of footage throughout the band’s history. As the song  The band opened their set with perfect introductory song “Are You Ready?” setting not only the mood of the show but also to give an idea of what to expect that night.

The band took it back to the mid 2000s with “Prayer.” Singer David Draiman didn’t miss a single beat while singing, hitting every note so perfectly. His vocals were complemented perfectly by Dan Donegan’s shredding & Michael Wengren’s percussion skills. Meanwhile John Moyer’s bass riffs built up the energy of the venue throughout the duration of their performance.

During their third song the band released their energy with a pyro-fueled performance of “the Vengeful One.” As the fire danced around the stage, the crowd couldn’t contain their excitement, cheering endless as the band performed.

In This Moment opened for Disturbed and their set was impressive both musically and aesthetically. Returning to the Amway center first the first time since last year’s “Not So Silent Night” show, the band went to new heights created a visually stunning scene in stage.

Within minutes of their performance, Disturbed showed the thousands of people that they’re going to keep evolution growing – that the band that was known for raising ten thousand fists in the air aren’t going to be stopping anytime soon.
SET LIST
1. Are You Ready
2. Prayer
3. The Vengeful One
4. The Animal
5. Stupify
Guitar Solo
6. Voices
7. Land of Confusion
8. Hold On to Memories
Bass & Drum Solos
9. The Game
10. No More
11. A Reason to Fight
12. The Sound of Silence
13. Indestructible
14. Inside the Fire
Encore
15. The Light
16. Stricken
17. Down with the Sickness 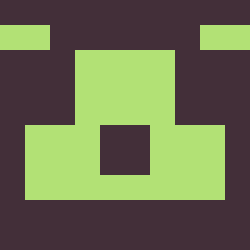 Latest posts by Rock At Night Contributor (see all)